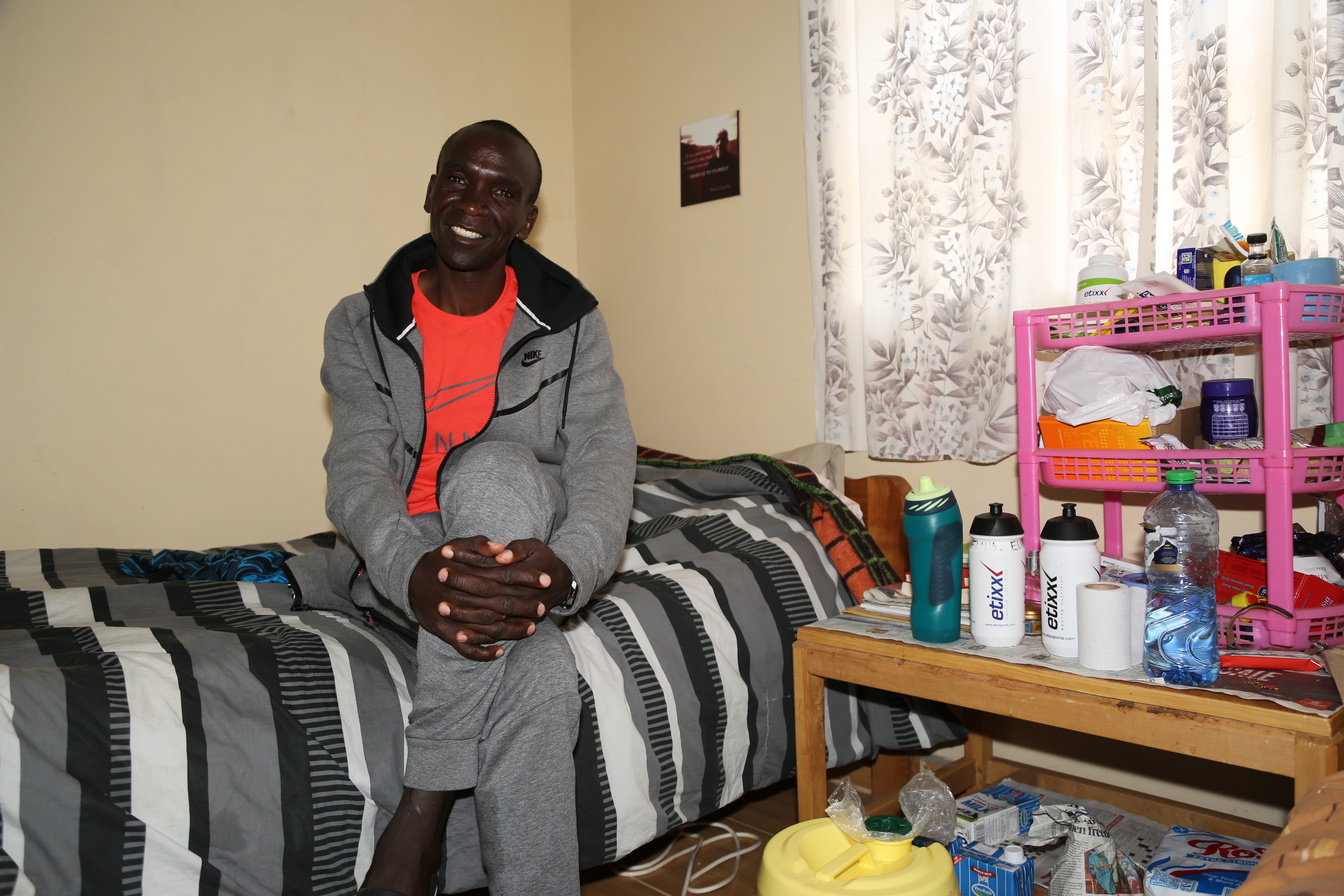 Eliud Kipchoge’s training camp bedroom which he shares with another athlete. Photo: LETSRUN

Eliud Kipchoge, known to some as “The Philosopher” for his running wisdom, has been described as “the greatest marathon runner in history”. Eliud burst onto the scene as a junior, notably defeating Hicham El Guerrouj and Kenenisa Bekele at the 2003 IAAF athletics world champs in the 5000m. Despite stunning track career, which further included a silver medal in the 2008 Olympic Games, Kipchoge was left out of the Kenyan Olympic squad in London 2012. Following this, Kipchoge shifted his full focus to the marathon distance, and in 2016 won gold in the Rio Olympic marathon.

Below we explore Eliud’s Kipchoge training leading into the 2017 Berlin marathon. Eliud is coached by Kenyan running icon, Patrick Sang.

Approaching Berlin, his training was very specifically geared towards the stress of the marathon. Notice the very long tempo runs done at good pace! Also in this final phase of training there’s no long 30-40km easy runs (LSD), nor are there any short tempo/threshold efforts. There is however interval workouts which would cover a stimulus which would overlap with shorter tempo training. These intervals are run mostly between 5-10km pace, nothing astounding fast but getting in faster running stimulus. Other than the day of his flight, he trains every day. He’ll likely recover more efficiently by training than by taking a full days rest.

Add terrain and training conditions to the equation and it makes an already incredible 40km tempo in 2hr13min seem that much more impressive! In other words, his training in Kenya will under-depict the % of marathon pace/effort he’s training at. Notice how he lands in Berlin 2-3 days before the race – enough time accustoming himself to hotel, loosening up from flight etc., without compromising maximal altitude training benefits.