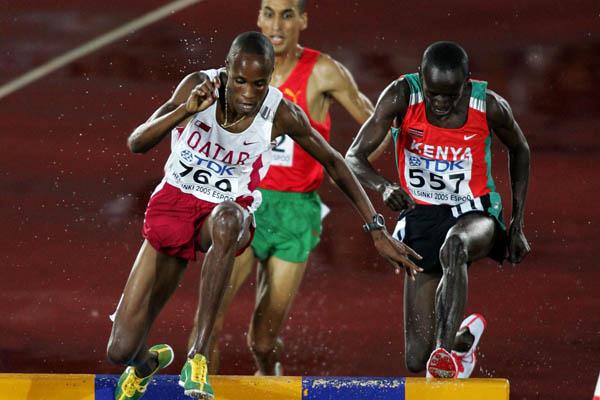 Saif Saaeed Shaheen, is a Kenyan born runner representing Qatar, who holds the world record in the 3000m steeplechase. Shaheen, formerly Stephen Cherono, changed nationalities at the age of 21, reportedly for better financial aid. He was among the first Kenyan athlete’s to change nationalities for non-political reasons.

Shaheen was a prominent junior athlete, having broken the world junior 3000m steeplechase record just 3 years before his senior world record, in a time of 7:58.66. Though a world record holder and two-time world champion, he never participated at an Olympic Games. Shaheen aspired to compete in the 2016 Rio Olympics, however, retired in early 2016 due to ongoing achilles tendon injuries. He has to his home town Eldoret, in Kenya.

Below are 14 weeks of Shaheen’s 2006 training as written by his coach Renato Canova.

Renato notes 3 goals for the season:

Unfortunately Shaheen didn’t better his world record. It’s noted that he was in his best shape of his career when in Zurich, but with little competition, conditions we unfavorable for any spectacular racing. His pushed him to race more non-steeple events where more competition and faster racing can take place