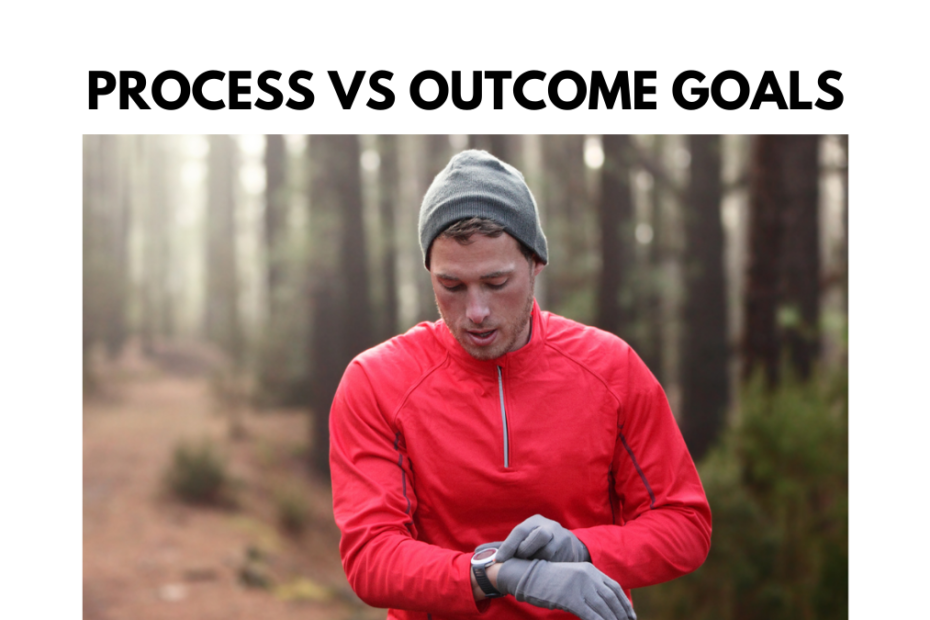 When looking at goal setting for our athletes; the two most important types of goals to consider are outcome goals and process goals.

Outcome goals are probably the more well-known type of goal among athletes; these are the sorts of goals that look at the ‘end point’ such as a target race and are very specific and objective. For example, “I want to run a sub 40-min 10km at X race”. It’s very easy to determine whether these sorts of goals were achieved or not – which can sometimes be a bad thing, as we’ll discuss later.

But while outcome goals can be useful for providing a sense of direction and purpose, they are more of a motivational tool rather than something that has a more direct affect on how you might achieve these goals.  We argue that in terms of long-term success, process goals are the most important type of goal for any athlete and provide the framework that will lead to consistency and long-term improvement.

Process goals are less of an exact science, and are more like an inter-connected set of mini goals that focus on the behaviours that ultimately lead to our desired results.  For a typical runner, these could be based on things such as:

As mentioned earlier, outcome goals can be seen very objectively as a success or failure. The problem with this mindset is that it can undermine all of the other work and improvement that has gone into your training, and it is judging months of work on the result of a single performance which is highly variable even in the best of athletes. And if a runner sees a massive improvement but misses their goal time by a few seconds, it hardly makes sense that we see this as a failure purely because they didn’t hit their goal.

On the other hand, because process goals are more behaviour-based they can’t be determined by a single good or bad performance, but rather provide a much better indication of whether or not we’ve achieving consistently good performances and improvements. We like to say that constant behaviours and marginal improvements are what lead to results.

An example that is often used to illustrate this compounding effect is how much growth one would achieve by improving consistently by 1% for every day of a year: 1.01365 = 37.78.  Of course, this is an entirely unrealistic level of continuous improvement but it’s a good illustration of the effect of compounding marginal improvement.

The implementation of lockdown in many countries across the world was a great illustration of the differences between those who are are used to focussing on the process of their training versus those who suddenly lacked any motivation as their ‘race goals’ had suddenly disappeared and they didn’t feel they had any purpose for training.

Our recommendation is that it’s good to have a long-term outcome goal that gives you a sense of direction and achievement, but this shouldn’t be seen as something that defines your performance. It’s merely something to work towards.  Instead, judge yourself on smaller, constant goals that you can set yourself. Whether it be weekly targets in training or more subjective goals about how you’re feeling, these continuous and short-term goals will keep you going and provide a constant purpose to your training.