How should my easy run pace change as my fitness improves? 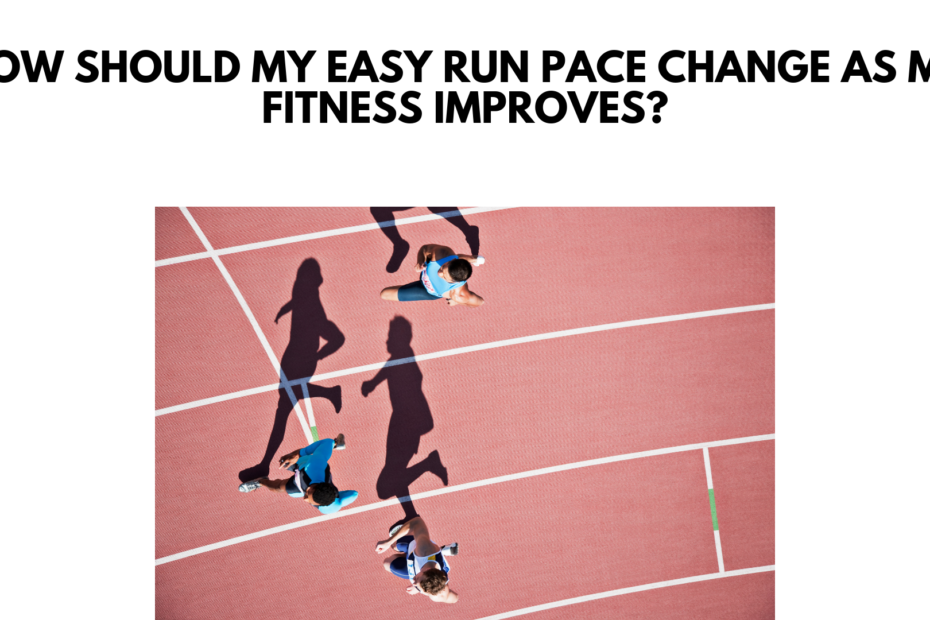 First and foremost; we like to classify ‘easy runs’ as something that is prescribed as a level of effort, rather than a specific pace. When dealing with clients, we would give them a ballpark pace range to target but allow them a lot of flexibility within this – as the primary goal is to run at the correct effort level rather than a precise pace.

So, in saying this, how does it relate to the original question? Should my easy runs become faster as my fitness improves?

The thing is, getting ‘fitter’ is quite a broad concept without a specific meaning. Do we mean our endurance is better? Or maybe our 5km or 10km race speed is better? We generally view better ‘fitness’ as getting faster or more comfortable at a particular race intensity. But the thing is, this doesn’t always correspond to getting faster at lower intensities such as one’s easy run pace.

On top of that, the purpose of an easy run isn’t to push ourselves to the upper limit of what may be considered easy – we’re not aiming to create a major stress on the body but rather providing a minor stimulus while also facilitating good recovery.

Our pace on an easy run is also influenced by our neural firing (something separate to our cardiovascular fitness) – meaning that if your CNS (central nervous system) is fatigued from a recent hard workout, this will cause your pace to slow and effort level to be higher despite your improved level of fitness.

With all of this in mind, we’d certainly not advocate purposefully increasing the pace of your easy runs. If you’re running at a comfortable effort and over time the pace gets gradually faster, this is perfectly fine. As mentioned before; the main focus is on the effort level.

Most people will find in the long term, their easy run pace will increase as their fitness increases. However, it is likely that this won’t be proportionate to your increase in fitness. If we look at the examples of elite to sub-elite runners; they will generally run at fairly similar easy paces despite their ‘race paces’ ranging from sub 3min/km – 3:30/km. And similarly, runners racing at 4min/km won’t be too much slower than 3:30/km runners on an easy day.

From a personal point of view, I’ve found that my ‘good’ easy days have gotten a bit faster over time, but on the other hand my slower easy days have gotten even slower. Experience has taught me to listen to my body and be more in-tune with my level of effort, rather than concerning myself with the pace too much.

As a final point – increasing your easy pace is not something you need to force. There isn’t sufficient benefit to justify running at a higher exertion when it’s not needed. The cost of doing easy runs too quickly (and not recovering properly) is far more significant than the negligible benefit (and even that is debatable) of doing them a little bit faster. At the end of the day, the most important thing for an easy run is that it feels easy. Pace and HR will vary from day to day based on your fatigue, the conditions and other factors – so the most important thing is to be in tune with your effort rather than controlled by an overly-specific metric.